The Zones of Regulation

The Zones of Regulation is a curriculum designed to foster self-regulation and emotional control created by Occupational Therapist Leah M. Kuypers.

In January 2019 we took the decision to roll out our use of The Zones of Regulation, previously used with identified individuals, as a whole school approach as we felt that these were relevant and valuable skills for all of our pupils to learn and develop. We have also found that it has helped us to develop a common language across the school through which to discuss emotions and behaviours. This language is in line with existing interventions such as Social Detective.

Teachers share the content of the curriculum flexibly with their classes in line with their age and stage of development and in response to the needs of the cohort. Some individuals and small groups work more intensively with the materials to support their particular needs. Some content is covered in assemblies for the whole school to access. All classrooms have the Zones on display and all staff wear Zones cards on their lanyard. 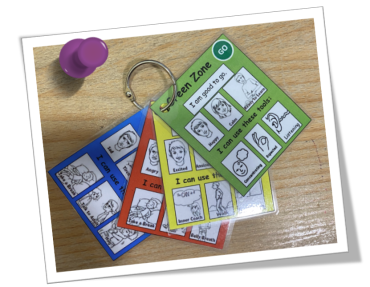 Self-regulation can be described as the ability to adjust your level of alertness (including your senses, emotions and impulses) to fit the situation you are in and express this through socially appropriate behaviours. For example, the level of alertness required to read a book in a library and that needed to compete in a football match are very different, and the socially expected behaviours in each situation would also differ. It encompasses the skills of self-control, resilience, anger management, impulse control and sensory regulation. 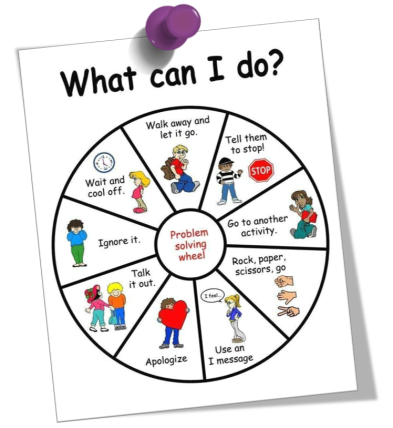 What is ‘The Zones of Regulation?' 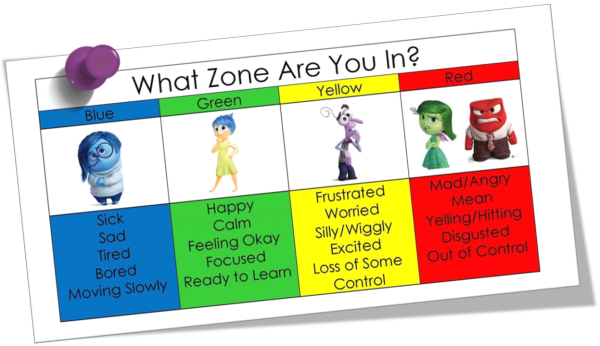 The Green Zone: the optimum state for the classroom and includes feelings such as: happy, calm, focussed, proud

The Red Zone: an ‘out of control’ state including feelings such as: angry, aggressive, terrified, elated

Inspired by its use in the SRP (Haring), we have also just introduced The Colour Monster alongside the Zones. This character, from the story of the same name by Anna Llenas, can be used by the children to indicate that they are feeling ‘mixed up’ inside, experiencing many emotions at once or are not sure how they are feeling. The book will also be used as a way of introducing the idea of matching colours to feelings with our EYFS children. 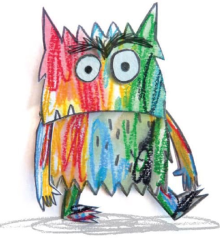 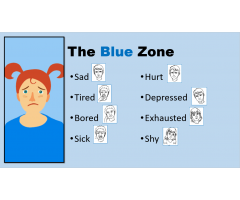 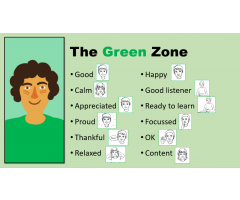 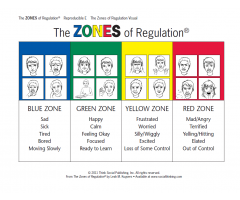 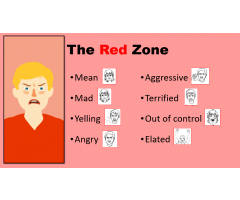 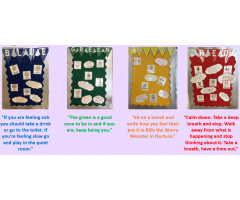